Our 93rd edition of the Resolution magazine (August '21) is now available to download for all resolve members.
Log in and view under 'blogs' or download from My Menu > Downloads.

We hope you enjoy it!

A new plan to reduce crime, protect victims and make the country safer will be set out by the Government today (Tuesday 27 July).

The measures build on progress to date toughening sentences to keep the most dangerous offenders behind bars and the delivery of almost 9,000 of the 20,000 extra police officers promised by 2023 – one of the Prime Minister’s first commitments in office.

The plan will ensure the public is better protected across all parts of the country, with each neighbourhood having contactable, named police officers, who know their area and are best placed to ensure that persistent crime and anti-social behaviour is tackled.

The Government’s promise to the public through this plan is that every crime matters, every victim matters and every neighbourhood matters. That is why, alongside getting more officers out on streets and making local forces more easily contactable, the public will be given more opportunity to scrutinise results, with league tables for 101 and 999 call answering times to be introduced for each force.

“When I first stood on the steps of Downing Street as Prime Minister, I promised to back the police and make people safer, because we cannot level up the country when crime hits the poorest hardest and draws the most vulnerable into violence.

“That is why my Government has remained unstinting in its efforts to protect the British public and this plan delivers a fresh commitment, as we emerge from the impacts of the pandemic, to have less crime, fewer victims and a safer society.”

The Beating Crime Plan spans work across the police, courts, prison and probation service to drive down and prevent crime, improve confidence in the criminal justice system, rehabilitate offenders to ensure they do not go on to commit crimes again and create the safer streets and homes the public want for themselves and their neighbours.

A particular focus is given to early intervention, prevention and practical measures to deliver real results across communities, and to tackle serious violence and neighbourhood crimes.

“I am absolutely determined to cut crime and deliver a safer society for the public, and the Beating Crime Plan shows how the Government is going to do just that.

“We’re putting 20,000 new police officers on the street, equipping them with new powers to catch criminals and take away knives, and shutting down drug gangs who exploit children and the vulnerable to make money.

“This Plan sets out a clear path for a better future for the British public – one with less crime, fewer victims, and a safer society for all.”

The Beating Crime Plan recognises the need to address the underlying causes of crime, with new tactics and investment to deal with alcohol and the scourge of illegal drugs, which are major driver of burglaries and violent crime. Last year almost half of all homicides were drug-related.

To address this, alongside the plan the Government will also respond to Parts 1 and 2 of Dame Carol Black’s review today. This will specifically set out steps to:

The increase of testing upon arrest marks the first step in work to challenge drug misuse, reduce demand and change the perceived acceptability of using illicit drugs which devastate communities and fuel serious violence.

To drive this work, the Government will convene a Summit to bring together key partners including employers, educators, enforcement and health partners to work up a comprehensive package to drive down illicit drug demand and misuse, and tackle these challenges across society.

“We’ve backed the Probation Service with an extra £310 million to boost recruitment to record levels and expanded the use of electronic tags to keep an even closer eye on offenders.

“We’re also toughening sentences for the most dangerous, building 18,000 more prison places and putting victims at the heart of all our reforms so that they and the wider public are better protected.”

Delivery:
Significant work is already underway across the Government and law enforcement to bear down on all types of crime. The plan also sets out how we will build on existing work, including by:

Noise Nuisance
Sharon, Head of Professional Practice at RESOLVE
‘Anti-social behaviour’ comprises a range of behaviours that can cause nuisance and annoyance or harm and distress to someone. It is a wide range of unacceptable activity and includes Noise Nuisance.

Noise is by far the highest reported case type of anti-social behaviour; 1 in 3 cases of ASB are noise nuisance and even when noise is not the main incident being reported it continues to be a factor in the majority of all anti-social behaviour incidents reported to agencies. Noise Nuisance is the second biggest complain category in the Housing Ombudsman Service (www.housing-ombudsman.org.uk). 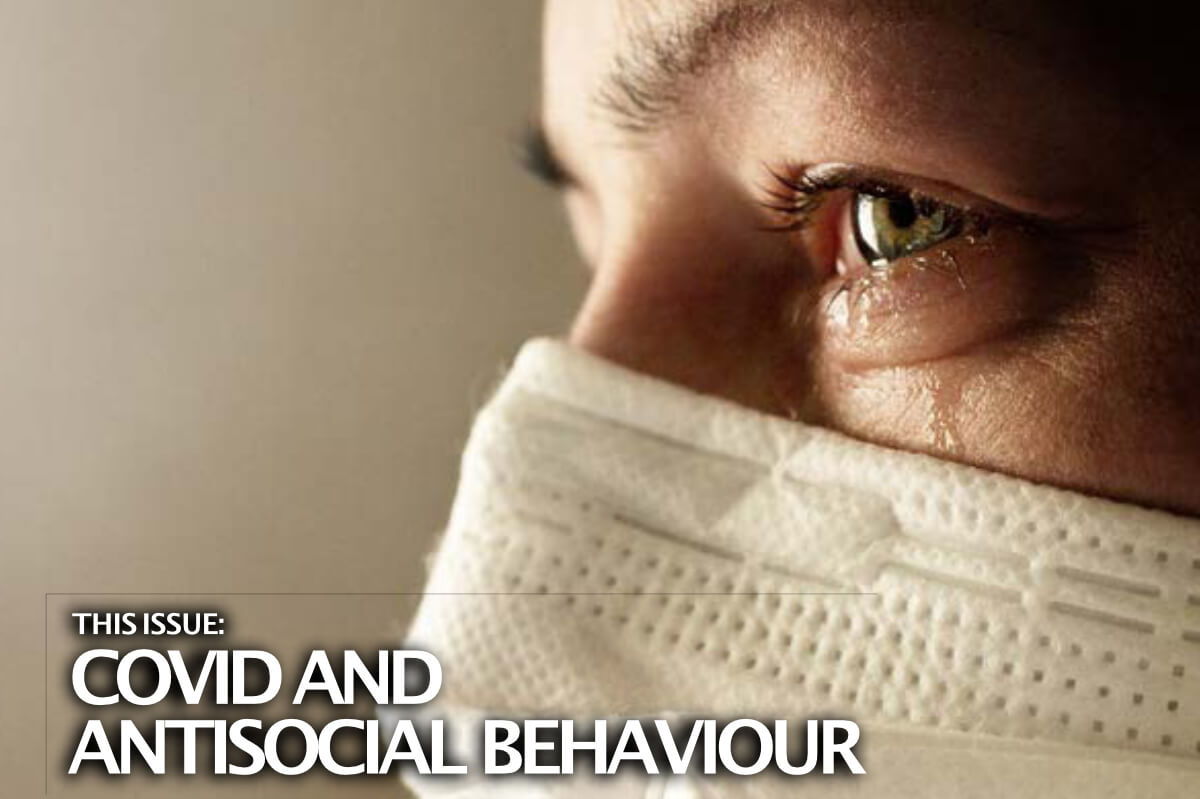 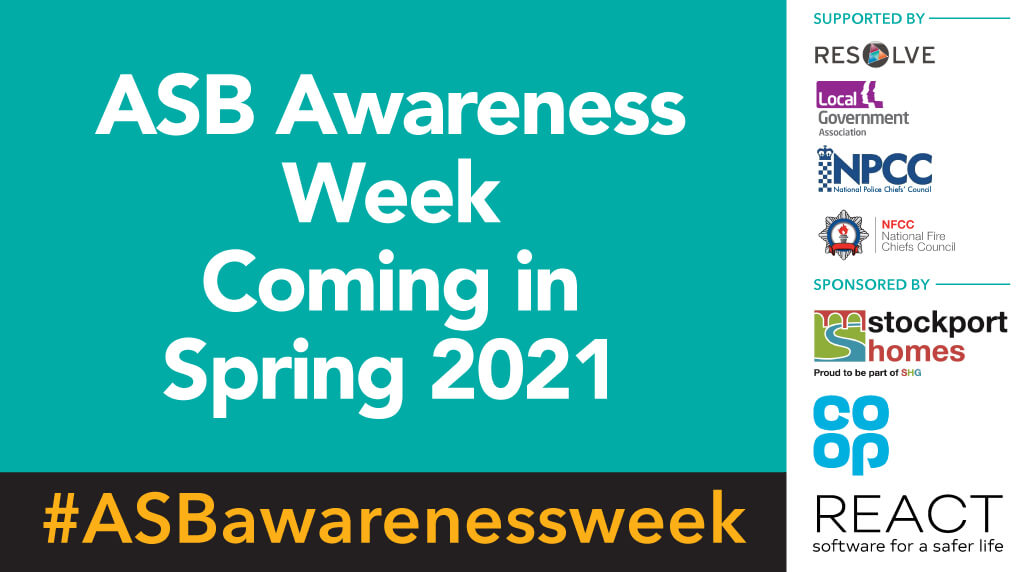 Between 19-25 July 2021 we brought together hundreds of housing associations, councils, police forces, charities and other agencies – along with government departments – to take a stand and work together to make communities safer.

Thanks to our friends and partners, the event was a huge success.

Resolve’s Taking Back our Communities report was sent to every MP, along with other key stakeholders working in community safety.

Thanks to our supporters and sponsors

We’d also like to thank our sponsors, Stockport Homes, REACT and The Co-op.

ASB Awareness Week will be back in 2022, bigger and better.

The week has achieved a huge amount. Tackling ASB has risen up the public and political agenda, with councils, landlords and police forces committing to collaboration on levels not seen before.

But we need your help. If you’d like to support ASB Awareness Week in 2022 please contact us today on This email address is being protected from spambots. You need JavaScript enabled to view it.